At the beginning of the Fall season I typically buy quite a few bags of gourds that I eventually end up tossing to the deer along the trail behind our house as they start to go bad. Autumn is my favorite season so I take much joy in decorating for it. I got a little bit more wise this year and purchased artificial ones that I can use year-after-year and with some savvy couponing I actually spent less than I would have on the real ones. But there is a downside. 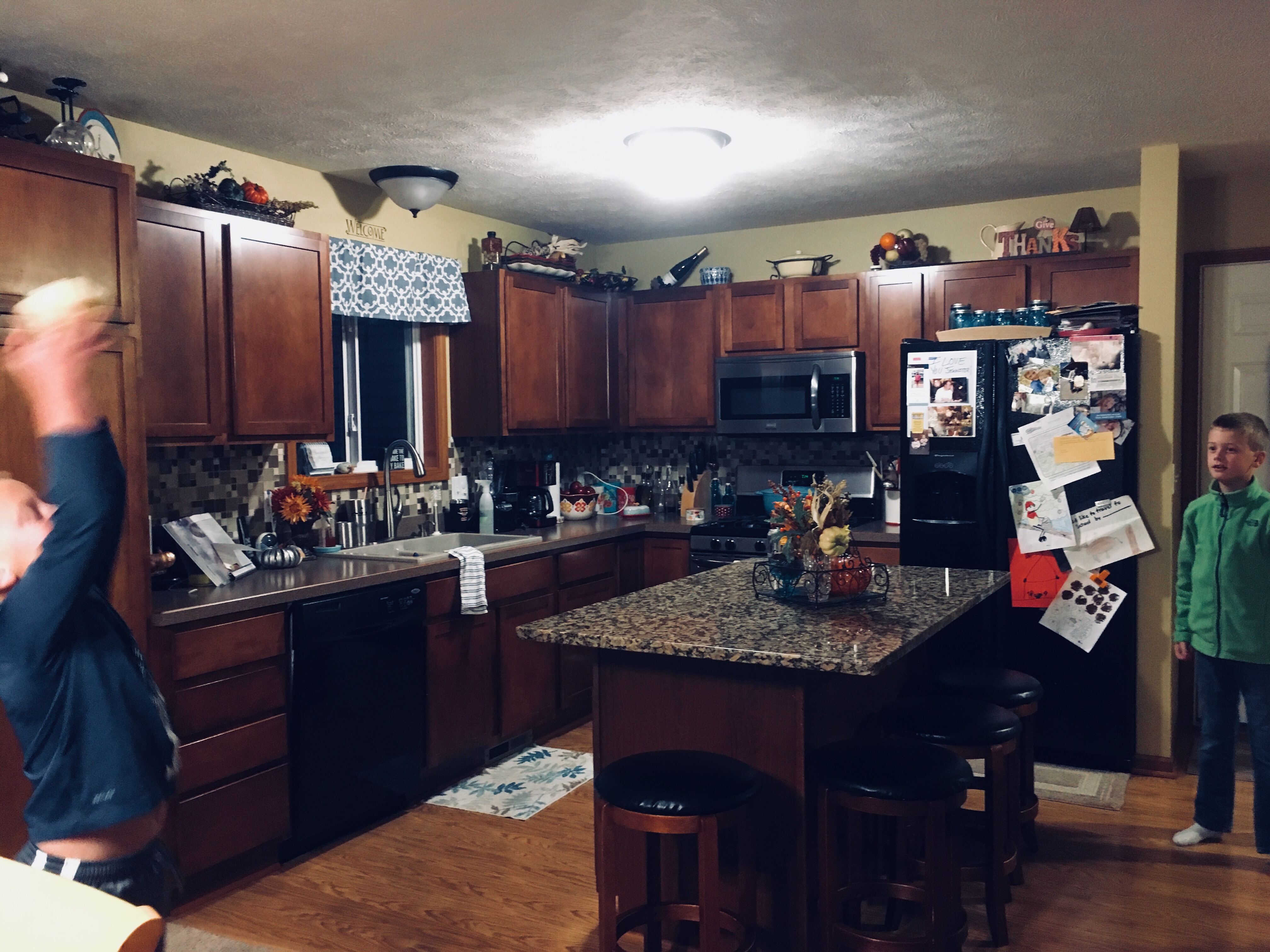 Every morning getting my boys out of bed can be challenging. It’s a process that starts around 6:30 am. There is a fine line between giving them enough time to get ready for school and eat breakfast and giving them too much time to get into mischief. This morning was a too-much-time kind of morning and the rough and tumble stuff began. Before I knew it they were tossing one of my pumpkins back and forth in the kitchen. They laughed hysterically when I said something to the effect of...if you break my pumpkin I will take it out on your rump-kin. Oh, these boys.

I will never forget the ultrasound tech telling us at 32 weeks pregnant that Maxwell was a boy.  I kept saying…are you sure!?  Nathan was elated.  Then when we found out Jackson was a boy it was like he won the Super Bowl.  A year or so ago an older gentleman at church said to him in passing after the service…No fair!  I didn’t get a son and you get two!?  I have 3 girls!  Nathan just laughed knowing full well his little girl is his precious sweet pea and he loves being her daddy.  But there’s just something special about a man having a son…and Jackson was the extra special cherry on top for sure.

Growing up with a sister and always wanting a brother I didn’t really think I would get to be a boy mom.  Being so feminine and girly I always thought I would just have girls.  But I took one look at those little guys after they were born and they stole my heart right from the start.  For now they truly believe I am the mot beautiful woman in the world, the best cook in the world and that I’m the best mom in the world.  While it certainly won’t last forever, I’m taking it for now!  I am so thankful that I get to be their mom and that God sent them to us.

Children are a heritage from the Lord,
offspring a reward from him.  Psalm 127:3