In January of 2014 Nathan and I attended a trade show in Chicago put on by one of our tire suppliers.  The second day we not only got to meet Mario Andretti but Nate won a 2014 Harley Davidson V-Rod Muscle.  Yes, he won it!  This thing was gorgeous…and fast…scary fast! 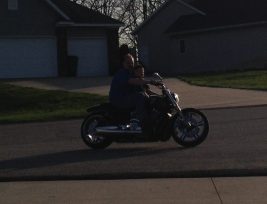 Nathan was obviously excited to have won this prize.  But over the last 2 years he realized, as he rode it less and less, that it wasn’t something that allowed him to spend time with me and the kids.  While I had ridden the bike a few times, it wasn’t really made for 2 people.  So far this spring and summer I can count the times he rode it on one hand.

A few weeks ago after contemplating and praying about what to do, he ended up selling the Harley and purchased a brand new Yamaha 4-wheeler for the kids…that mama can ride too.  I was so blown away by his selflessness and desire to give the kids such a fun surprise.  I am so thankful for a husband that will sacrifice the finer, fun things in life for his family.

Therefore, I urge you, brothers and sisters, in view of God’s mercy, to offer your bodies as a living sacrifice, holy and pleasing to God—this is your true and proper worship.  Romans 12:1 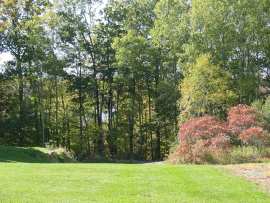